When Bertoldi Architects were commissioned to design Brigidine College's new visual and performing arts building - The Brigid Centre - the vision was to create a building that would deliver on its functional intent, whilst utilising its external walls as a canvas, providing a visual cue that would align the building's overall structure with its creative heart. This project was selected as a HORBURY HUNT COMMERCIAL FINALIST in 2012.

The journey to construct 'The Brigid Centre' began back in 2008 with the realisation that the college's existing facilities would require a significant upgrade if its ongoing commitment to 'the arts' as an integral part of the school's curriculum was to be maintained and indeed enhanced.

Interestingly, the initial building designs were developed with separate 'arts' and 'general learning' wings. These preliminary designs eventually evolved into a single four-storey multipurpose building, better suited to the site's topography, minimising the building footprint; an approach acknowledged by all stakeholders as a more efficient utilisation of the campus's limited resources. And most importantly, it provided the right platform to deliver an integrated 'state-of-the-art' facility that would encourage higher learning and creative excellence.

With design consensus reached, construction commenced with a sense of alacrity, and following extensive site works and the completion of the building’s structural elements, Doran's vision to create an artistic external facade, using PGH clay bricks, was about to take shape.

Asked if this four-storey canvas presented any challenges during the construction process, Doran's response was an emphatic ‘yes.’ He adds: 'the entire project was a challenge, but fortunately, after some initial teething problems, the builder, bricklayer and indeed the brick manufacturer, PGH, pooled their collective experiences and insights to help deliver an outstanding result.'

It's this collaborative approach that enabled Doran's detailed architectural drawings to be recreated on site. Peter Mardiste, the PGH Architectural Account Manager, QLD explains how this was achieved. 'Each elevation had a distinctive design, so we had to meticulously set out the walls using string lines, tape measures and markers; transposing the individual brick name and its position onto the block wall that was located behind the soon to be built exterior clay brick facade.' Peter adds: 'We were also very fortunate to have "skilled trowels" working on the project, each bricklayer having between 30-40 years industry experience, and it was evident in the quality of their workmanship and commitment to the demanding task at hand.'

A palette of three contrasting PGH face bricks were used in the overall construction, and when asked why bricks were chosen as the primary external cladding material, Doran sights the diversity of colour, texture and size as key factors. Doran adds: 'The modular characteristics of bricks offered a level of design flexibility that would have been very difficult to achieve with alternate building materials, particularly on multi-storey buildings like - The Brigid Centre.'

Over 31,000 bricks were used to complete the project, each wall uniquely combines Flame, Blue Steel Flash and Oatmeal bricks to create dramatic 'works of art' including a four storey representation of the Brigidine Sisters’ iconic symbol - the Brigidine Cross, clearly demonstrating the versatility and flexibility of brick as a relevant, expressive and enduring building material. 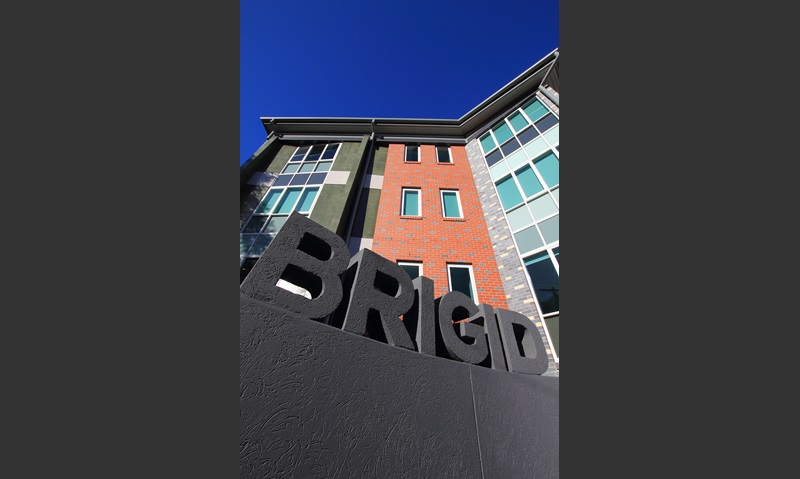 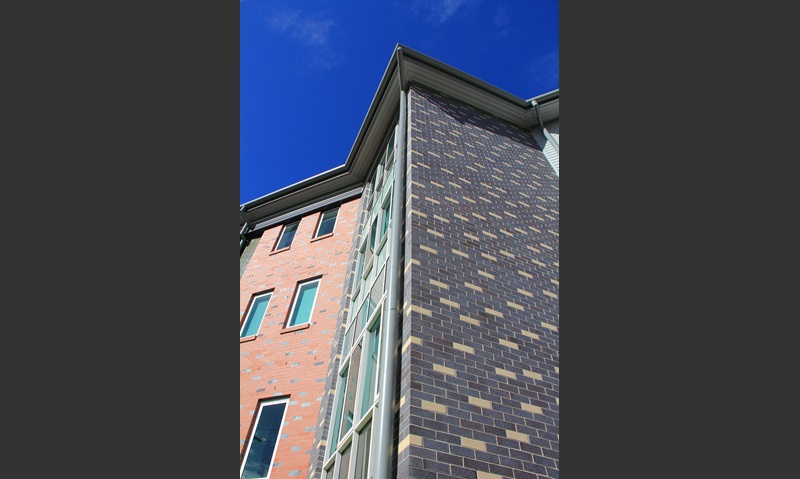 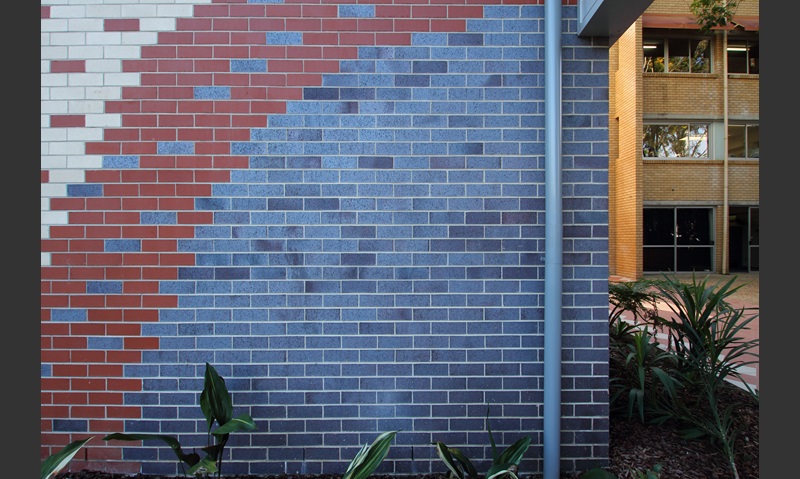 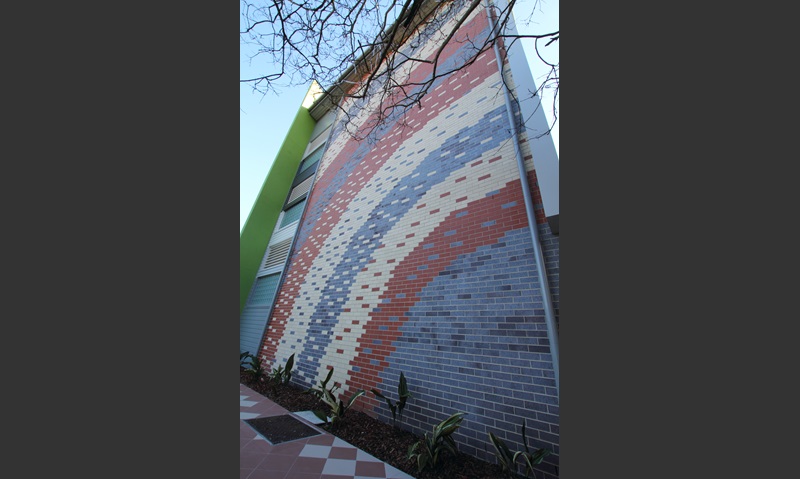