For architect Joe El-Sabbagh, bricks have always been his dream building material. He loves the durability of bricks, their forgiving nature and their classic good looks. Indeed, most of the projects designed by his company Design Corp – both residential and commercial – are constructed from brick. He says that he chooses them not just because they are durable and low-maintenance, but because he admires their authentic beauty.

So when it came to building a house for his own family, the decision was simple – it had to be made of bricks. For inspiration, Joe looked to the work of celebrated US architect Frank Lloyd Wright and his Chicago buildings, which feature modern, clean lines of (usually) red bricks.

“There's a house in Chicago that Frank Lloyd Wright had designed,” says Joe. “He used a brick called the modular brick; I loved that brick and I loved that house.”

Working with PGH Bricks almost exclusively over many years meant that Joe immediately turned to them when he was sourcing his dream bricks for the new project. Because the Lloyd Wright bricks were US-made, Joe says he wasn’t sure if he could source that style locally.

“I got in touch with PGH to see if they had anything similar before I considered sourcing bricks from overseas," he says. “Apparently I called at the right time.”

It turns out there was a similar style of brick already in development at PGH so it was just a small step for Joe to meet with the PGH product development team, and for them to finalise the new product, just in time for Joe’s family home to be the first project to feature the new, linear, modular bricks - McGarvie Red from the Dry Pressed Architectural range.

Indeed, Joe’s home is almost a tribute to the beauty of the brick. It features linear and standard brick shapes - both in McGarvie Red - on the exterior facades, and then just the linear brick in the rear outdoor dining space. It also includes a number of traditional and unusual bonds and bricklaying styles.

The outdoor area has a feature wall of bricks laid in a pigeon-hole pattern, allowing air flow through carefully laid gaps in the bricks. This effect also allows filtered light through, while still preserving privacy from the neighbours.

The front exterior also features a unique pattern in the bricks, planned and designed by Joe in painstaking detail.

“I wanted something different out the front,” he explains. “Before we started building, I actually got 400 bricks from PGH and developed a model with little foam strips (representing the mortar) and I started doing some patterns on the floor almost like a puzzle.

“I would do some dry brick laying, then I'd take a photo and then I'd speak to the brick layers and they'd say, ‘this is going to take forever’.”

The final result, however, was well worth the attention to detail; a modern twist on classic red bricks for the dramatic frontage, with Joe designing a pattern that involves having some of the bricks protruding 15mm, creating a textural effect that changes according to the time of day and angle of the sun.

“It depends on which angle you look at it,” he says. “It's got this optical illusion where it depends on where you're standing, making you appreciate the pattern in completely different ways. The sun bounces differently in the morning than the afternoon. If you're looking at it diagonally, your eye will pick up a line that's going up or a line that's going down; it's amazing.”

It is all these design elements that make this stunning home what it is - above all, a home for Joe, his wife Cindy and their five children.

He says that the best thing is that the bricks will ensure this home lasts well, both in terms of its design and the materials used. And with a house full of teenagers to toddlers, the low-maintenance is a big plus.

“It's a modern home but it's got warm finishes, which is very rare in a modern house,” says Joe. “So, it feels very homely. We didn't want it to be a ‘magazine house’. We wanted it to be a family home.” 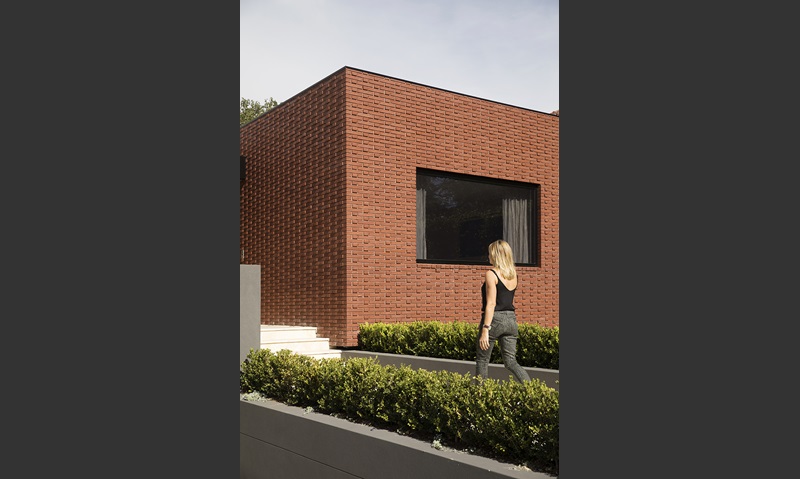 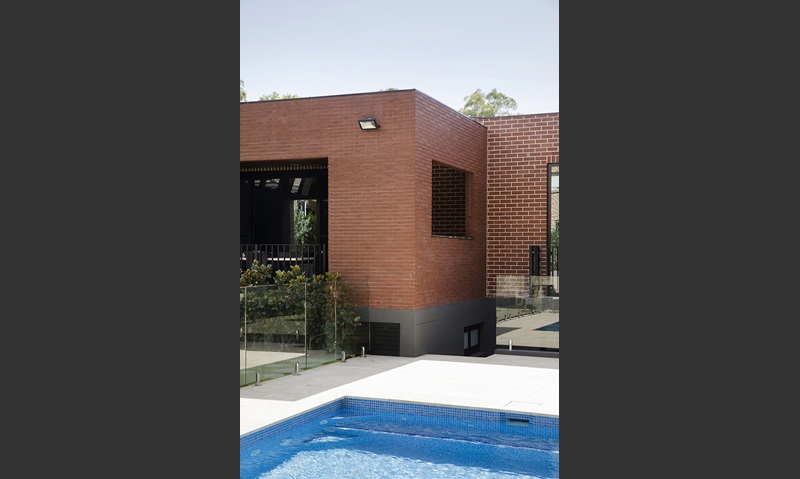 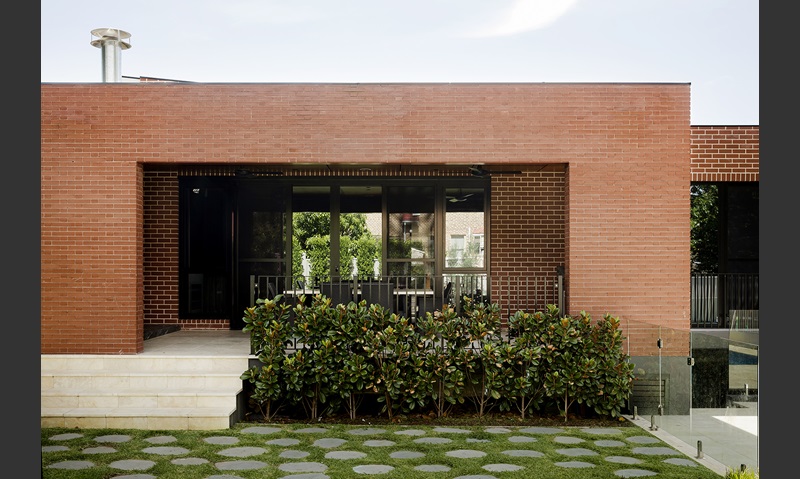