The Wiloughby house by Dieppe Design

The story of this renovation is familiar – a couple moves into a small bungalow in an up-and-coming suburb and falls in love with the area so much that after starting a family they decide not to move, but to renovate and add the space they need.
Enter Ed and Nora Dieppe of Dieppe Design. Architect Ed created a family-friendly extension to the Willoughby, NSW home, respecting the original heritage, but opening up the back to create a modern open-plan living area and kitchen.
“Like a lot of post-war bungalows, it wasn't very ornate, it was quite basic,” he explains. “So it's not like you had a whole lot of character such as you have with the Edwardian style houses or the Federation style.” The new extension was built with Espresso from the PGH Bricks Alfresco range – a dramatic and contemporary choice that offsets the light grey front of the original cottage. The dark shade of brick is emphasised by white mortar, a choice of the owner.

Dieppe says that he chose bricks for the extension because of their low maintenance and enduring style, complementing the heritage of the cottage, but providing a modern twist.

“The extension maintained that character, but the idea was that as you come through to where it opens up and go down to the ground floor there was a contrast of quite a modern space,” explains Dieppe.

“So the front part of the house is all painted a light grey and then you've got the dark black bricks, which defines the extension.”

Designer Nora designed the interior, which gave the project a cohesive element –the open floor plan connects the inside and outside spaces, and allows a generous flow to the design.

“We much prefer to do the whole package, because it needs to tie the inside and out to work in conjunction with each other,” Ed says.

While Ed has been working as an architect for more than 12 years, Dieppe’s own practice is newer – just 18 months old. Working in and around the lower North Shore of Sydney, he is enjoying the challenges and rewards of residential work.

So far most of Dieppe Design’s work has been a result of word-of-mouth with happy customers passing on their details to friends.

One of the highlights of this project is the contemporary twist on a juliet balcony on the first floor of the new building, which overlooks the outdoor area and swimming pool.

“That was my little feature to make it a bit more modern and a bit more interesting,” says Dieppe. “I think the way that complements the large awning over the deck area is probably my favourite part of the project.”

“That bedroom upstairs has a lovely feel to it; it's a very bright space. There is a floating bedhead and then there are louvres on the rear side. You can open those doors up and get a natural breeze. It's just a view over roofs, but because you're up high, you get that nice sense of the sky, light and the trees. It creates a really nice master bedroom.”

“It’s perfect with a cup of coffee first thing in the morning.” 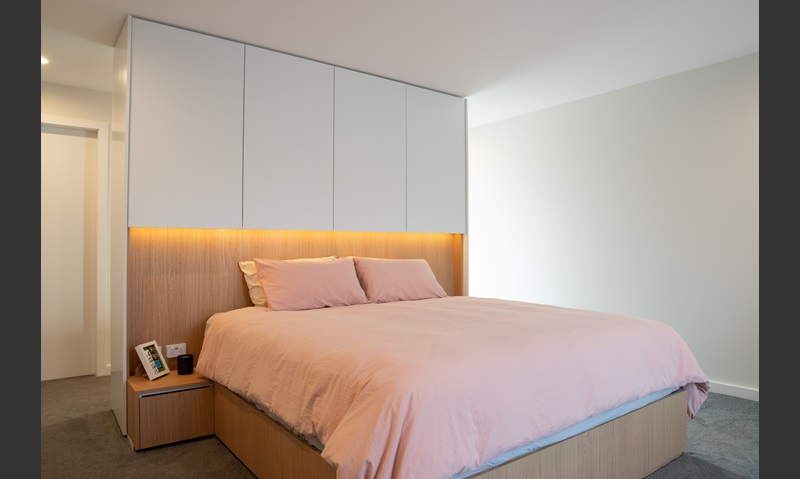 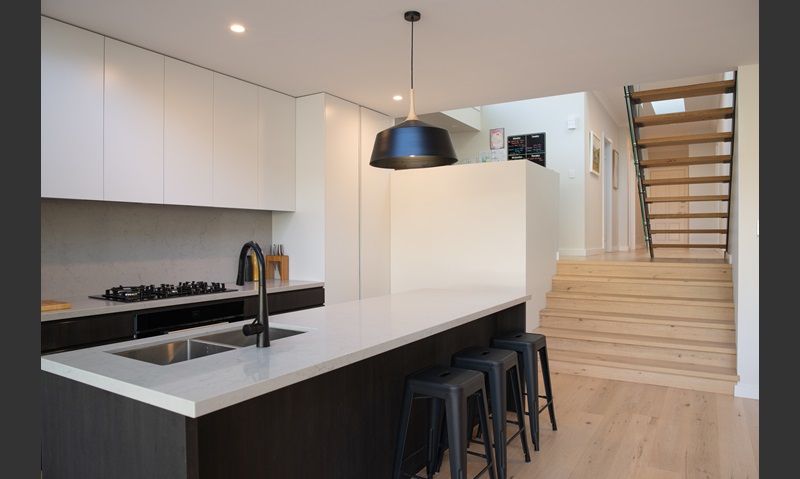 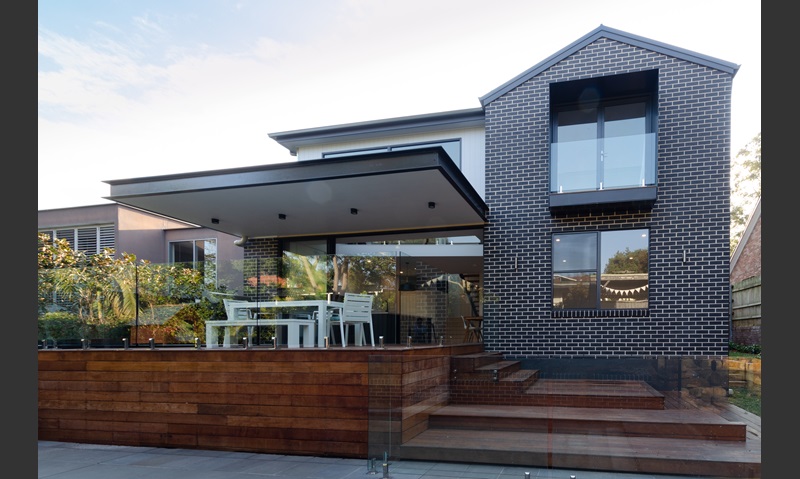 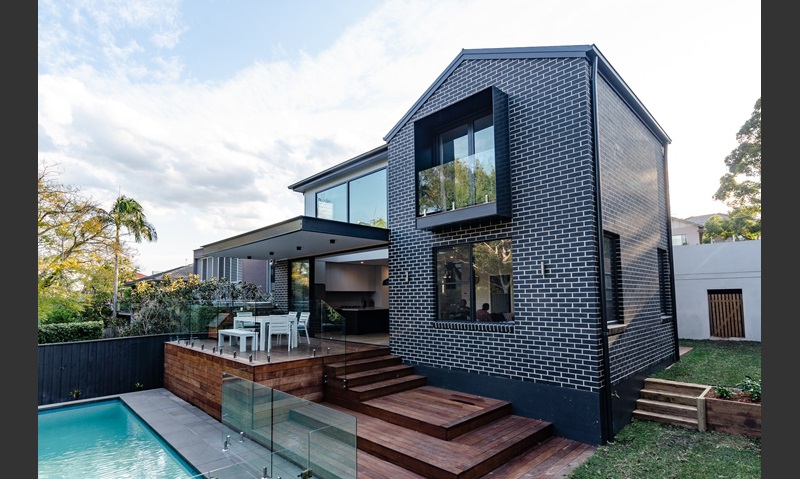