Brigidine College operates as an independent Catholic girls high school in St Ives, Sydney. The college prides itself on being a forward thinking and progressive place of learning. Brigidine appointed Fulton Trotter Architects to design a masterplan concept for the school so it can continue to provide state of the art facilities for its students. The master plan takes its inspiration from the school motto - fortiter et suaviter - 'Strength and Gentleness'.

Part of this master plan is the new Performing Arts and Science Building, which displays this strong and gentle edge through its distinctive exterior. The choice of PGH Bricks product, including Balmerino Blend from the Dry Pressed Architectural range, and Chocolatto from the Alfresco range played an essential part in helping to communicate this design intent. The choice of this brick palette was inspired by the remnants of Duffy Forest, a prominent feature at the front of the college grounds. Strength and unity is conveyed to the outer edge of the site with a very rectilinear north elevation, voicing a sense of scale and using predominantly Chocolatto bricks.

When walking around the College's grounds there is a feeling of serenity and peacefulness. This comes from the soft landscaping and gardens, a key feature of the College's architecture. It is in this landscaping that Balmerino Blend Dry Pressed Architectural bricks are used to reinforce the 'gentleness', with organically shaped brick walls forming planter beds around the outdoor spaces. These distinct feature walls also act as seating areas for social interaction.

The entire project demonstrates the versatility and flexibility of quality brickwork to convey varying design characteristics. And, when combined with the quality of PGH bricks and skilled workmanship, achieves an outstanding result. 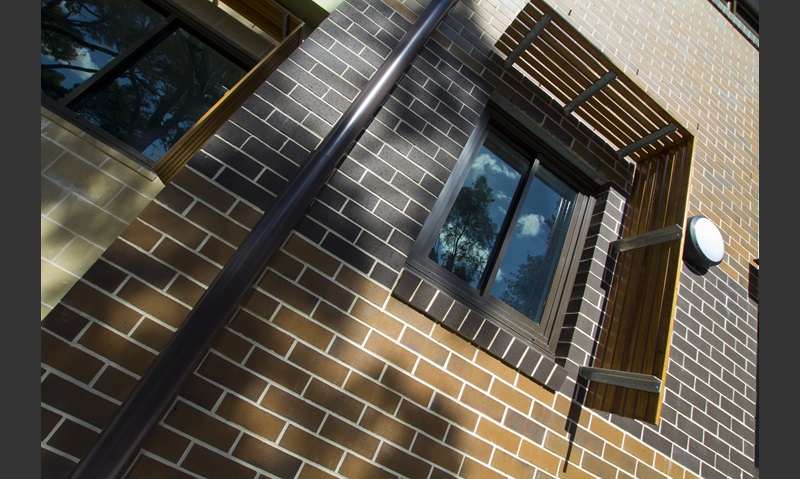 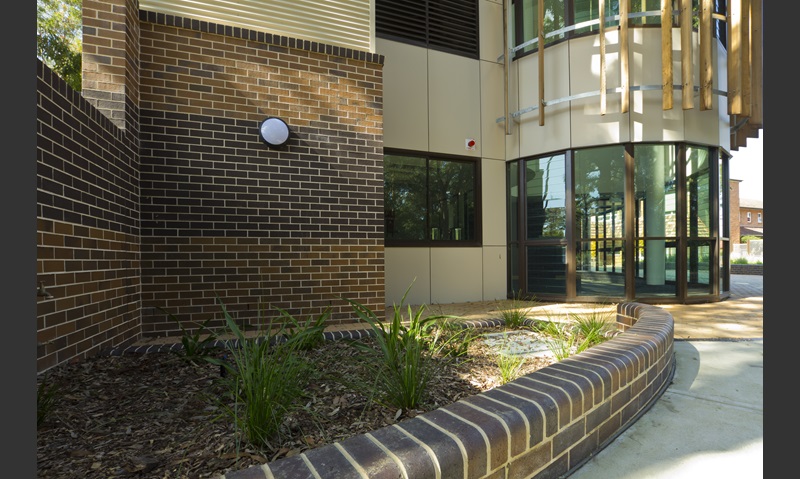 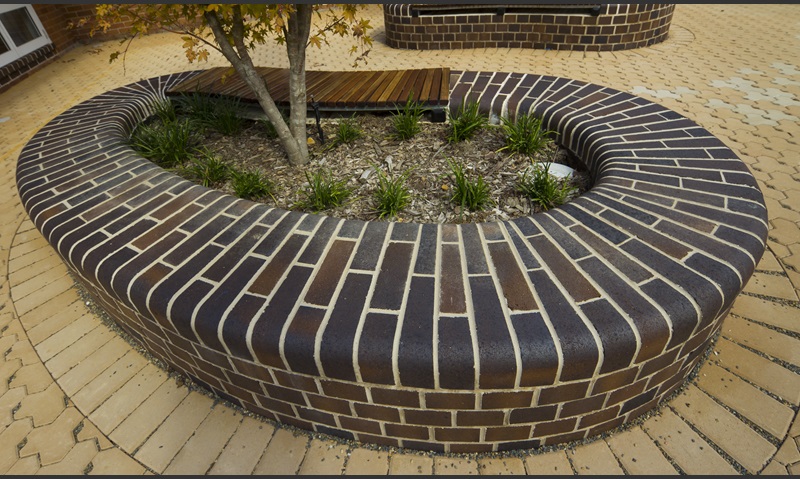 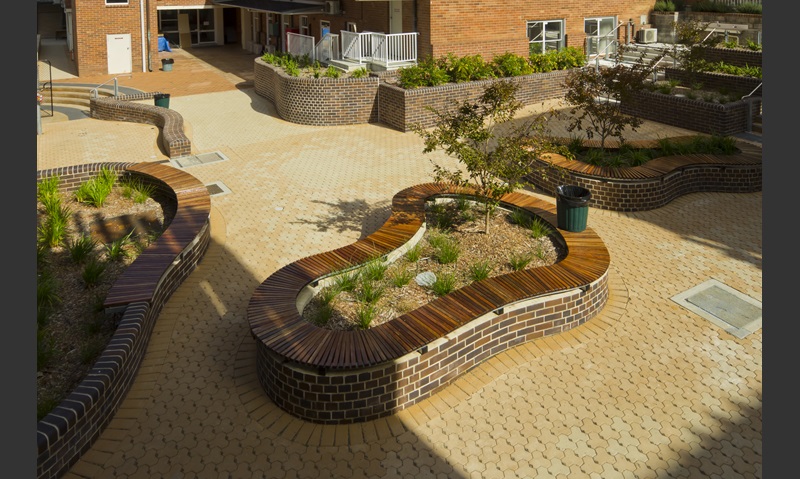 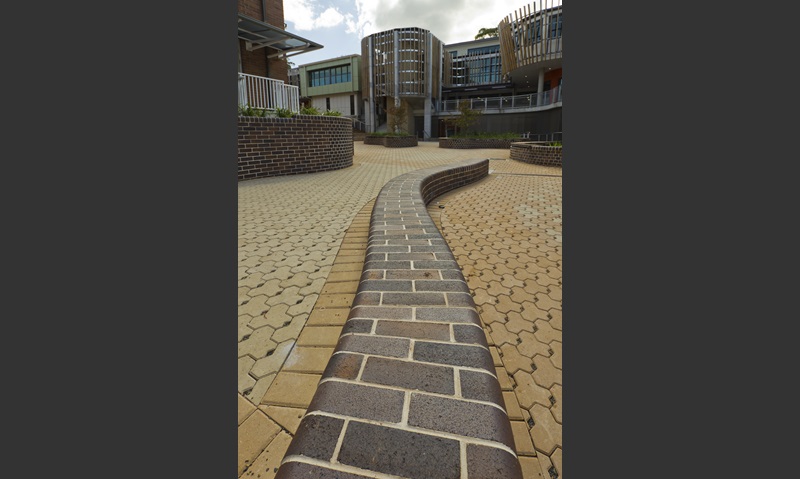 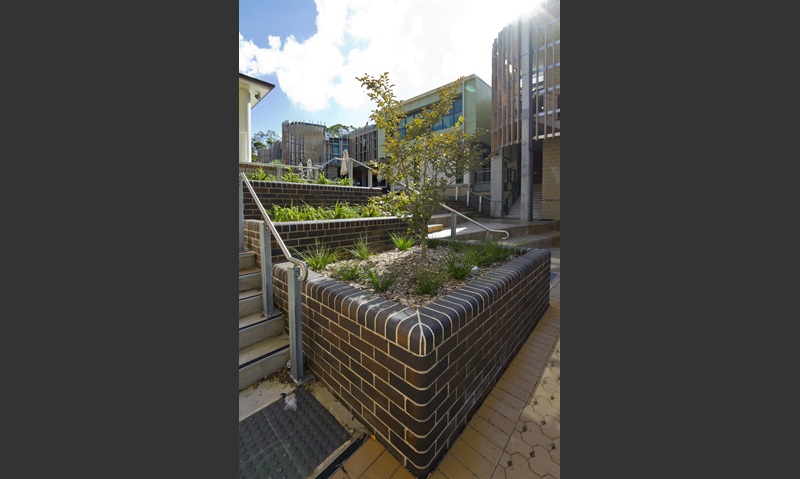 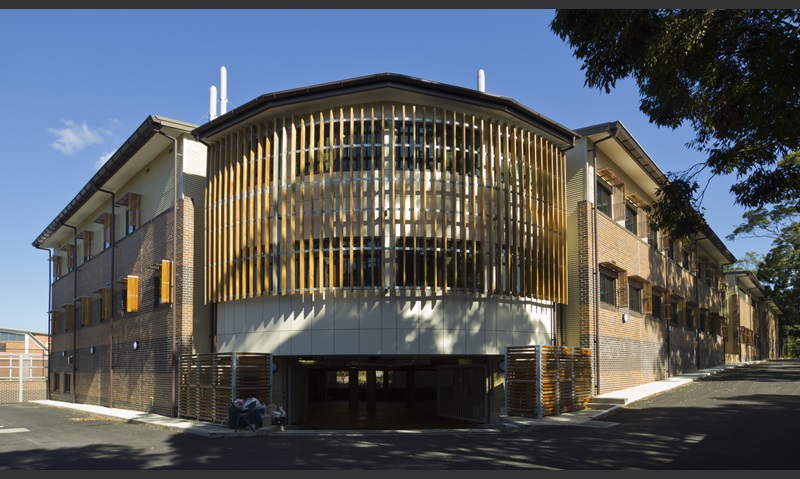