This project is part of an ongoing roll out program with DETE (Department of Education, Training and Employment) which provides infrastructure for the accommodation of year 7 students into high schools across Queensland. The proposed design utilises a relatively straight forward modular building system for the school’s GLA’s, while introducing a diagonal gash through the centre which not only serves to redirect and contain the site’s existing paths of circulation, but also introduce a naturally day lit atrium. A feature component of this diagonal form is a brick function-wall which makes use of varying brick treatments and slices its way through the main circulation space. Its terminus cantilevers out to address the playing fields beyond in manner that belies the bulk of this element. The bricks were supplied by PGH Bricks & Pavers and utilised Dry Pressed Bricks in Mowbray Blue and Belgenney Brown, and Glazed Bricks in Wasabi and Quantum. 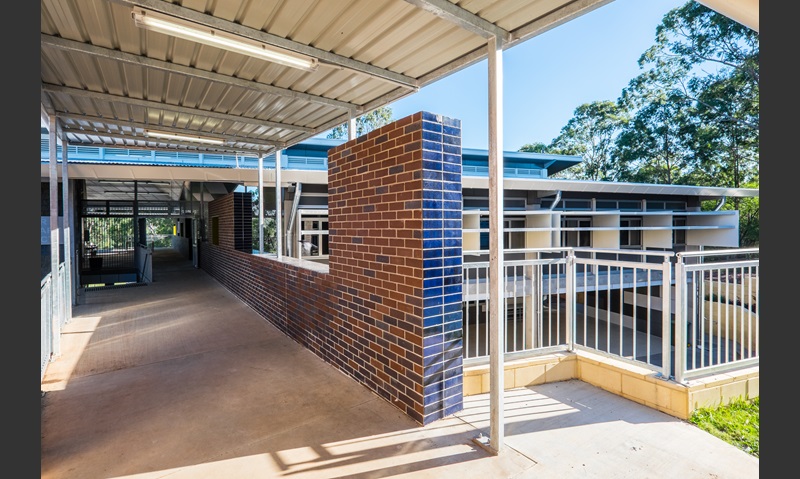 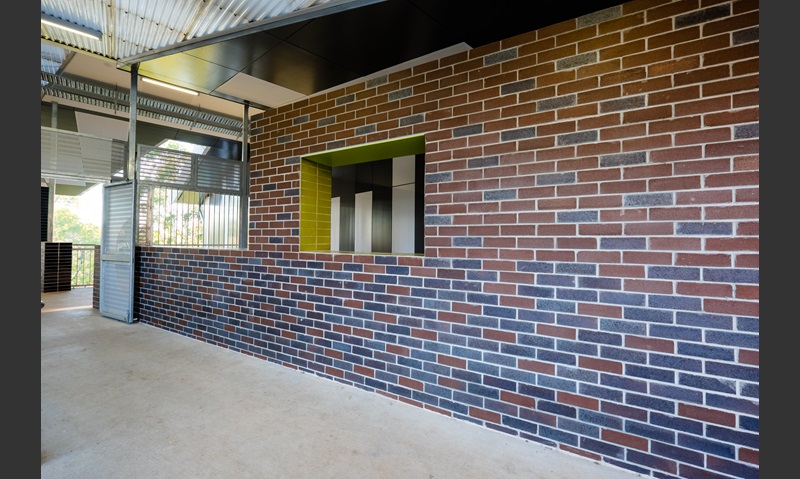 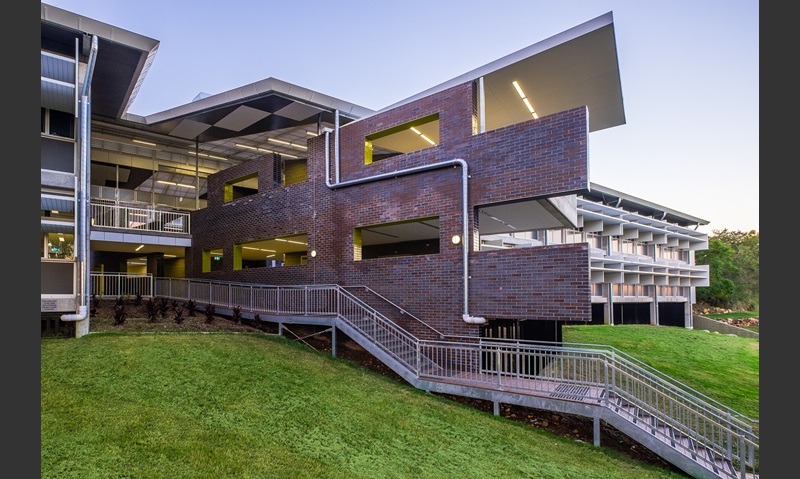 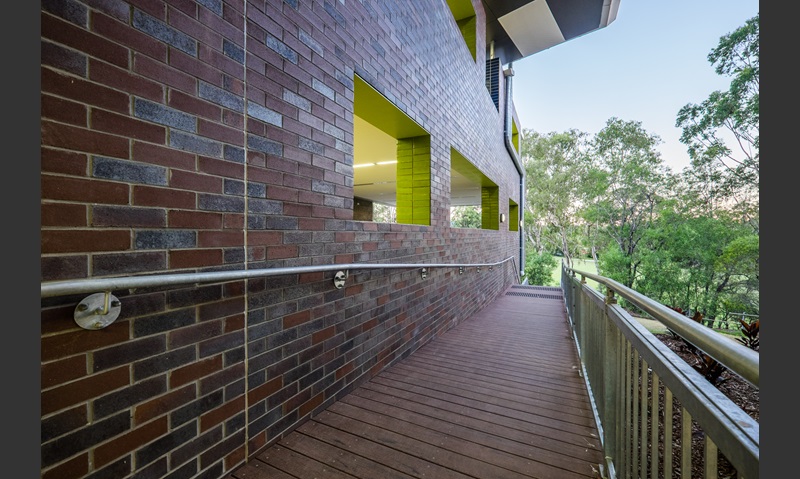 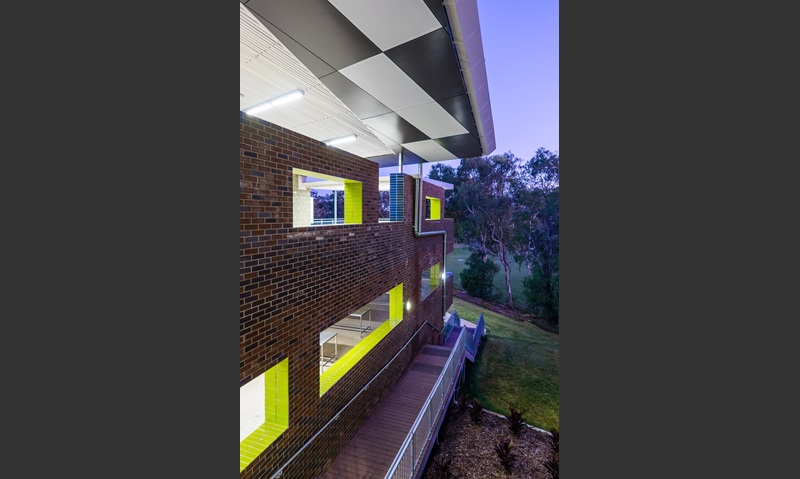 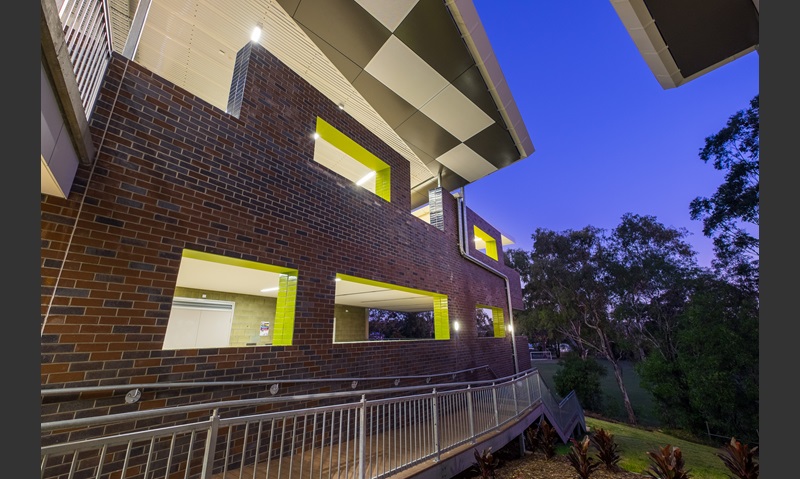