A striking new addition to Sydney’s skyline, the Day Street Apartments is a context-driven design; cleverly imagined to relate to both the existing brick warehouses predominant in this area, and also the broader cityscape of Sydney CBD’s western edge. What’s most impressive about this building, however, is that it does sympathise with its location - a noisy, built-up area behind Darling Harbour that backs on to a dilapidated street of China Town, whilst still being very contemporary and even a bit opulent.
“It’s not very glamourous around here; there’s a lot of buildings from the 70s, 80s and 90s that are quite tired and don’t present well,” explains architect Mladen Prnjatovic of Tzannes. “So when Loftex approached us about collaborating with their inhouse architects to design a mixed-use commercial and residential development here, we wanted to create something distinctive that was monolithic and singular in architectural expression, and that would lift the quality of the surrounding streetscape.”
This has been realised in the form of a spectacular building that’s simultaneously grounded and floating, comprising two elements - a solid base fashioned from Mowbray Blue from the PGH Bricks & Pavers Dry Pressed Architectural range, and three floating towers above. The brick reflects the height and materiality of the warehouses that originally stood here, whilst the three-faceted towers above are warm and ‘lantern-like’, designed around a system of louvered, gold-coloured screens.

“We looked at a lot of different bricks for the base of the building but the Mowbray Blue Dry Pressed brick from PGH Bricks came up best; we liked that it was a strong colour that was cool yet warm,” reveals Mr Prnjatovic. “If you look at the city from that side, lots of buildings are white or creamy and we didn’t want this building to get lost in that mediocracy. As well as relating to the traditional material of this part of the city, brick has that character where – from the distance it’s quite a monolithic material that appears as just one solid colour - but when you get closer it has a whole other quality to it; a tactile grain that the people at street level will appreciate.

“We also wanted very deep brick reveals, so it’s not like a normal façade where you put the windows in and can hardly see the brick turning,” he continues. “You see a deep half metre of the brick before you see the window, which enhances the building’s monolithic look; from afar it looks like a massive brick structure with the windows carved into it.”
The colour and solidity of the brick also works to accentuate the ‘floating towers’, which are enveloped in a lightweight, gold-coloured, anodized aluminium mesh. This aspect of the building was designed to respond to the skyline of the city, but was also guided by the fact all the apartments face west and are flooded with harsh sunlight in the afternoon.
“With the sunlight, noise and surrounding tall buildings, it was essential that the architecture provide solar and privacy control, as well as an abundance of light and views – hence the louvered, operable screens,” explains Mr Prnjatovic. “We chose the gold because it’s such a beautiful colour and, again, we wanted something warm and distinctive. The problem with apartment buildings is they are never the ones with the biggest budgets so colour is a great way of making them stand out without being too expensive.”
Another benefit of the gold-coloured mesh was that it changes colour depending on the light conditions. Thus, combined with residents opening and closing their shutters at different angles and times of day, the building never looks quite the same from the outside.
“The effect is that the screens read as a bold, large scale, singular element - rich in texture and colour, but are continually dynamic and visibly responsive to the sunlight and time of day,” says Mr Prnjatovic.
Sustainability was also integral to the entire design process, thus passive solar design principles were followed, energy-efficient appliances specified and water reused. Sustainable building materials were used and, where possible, those from the demolished structures were also recycled.
This striking eco-friendly building now accommodates three levels of basement car-parking, retail and commercial space on the ground floor, a residential lobby, and 119 apartments over
14 levels. It’s a jewel amongst a busy, noisy, gritty area but hopefully just the start of its re-gentrification process; and, as Mr Prnjatovic points out, “There’s now a much nicer aspect when approaching the city from this side.” 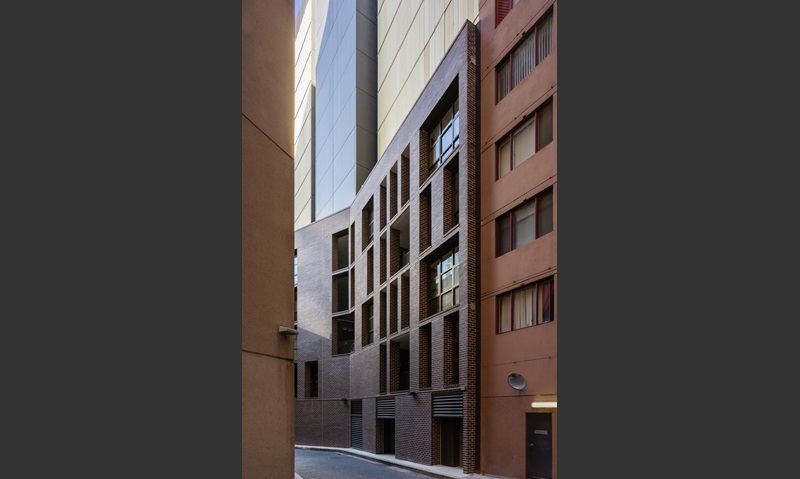 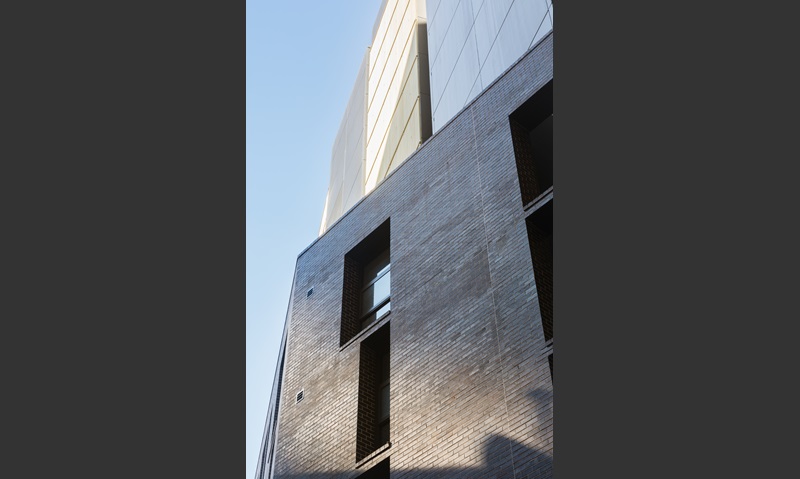 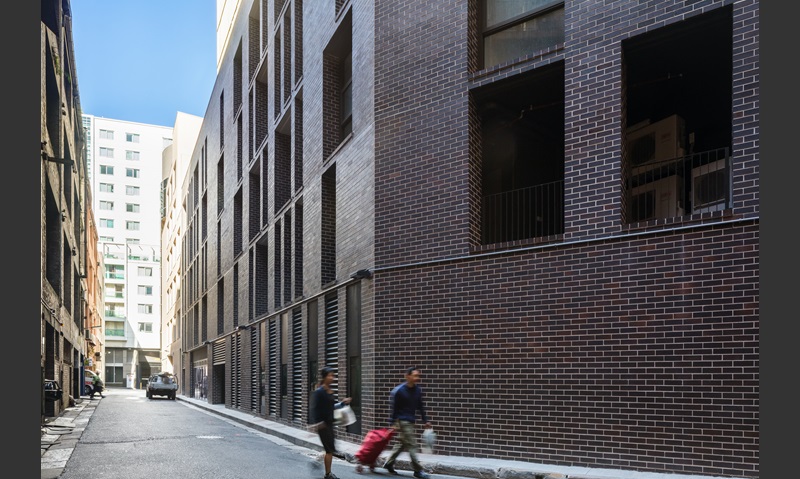 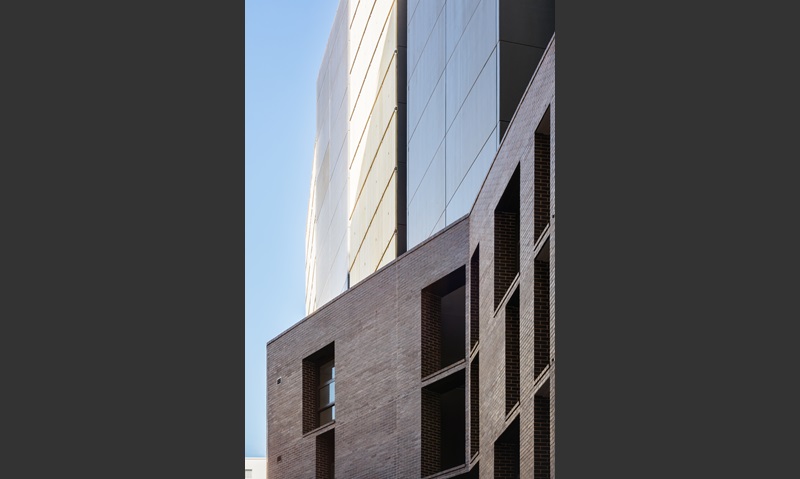 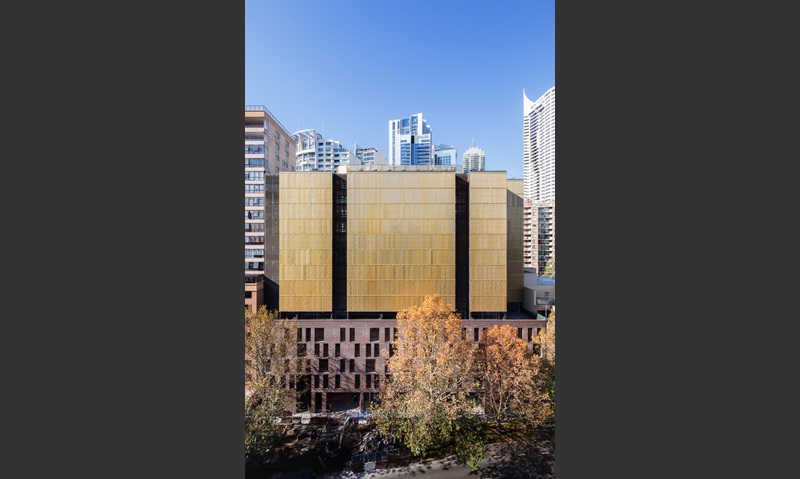