After purchasing Highcliff, an old dual-level residence in the Sydney suburb of Hunters Hill, Sean and Shelley Anderson took on the challenge of bringing a modern industrial design to this classic home.

When the Andersons bought this house in 2015, they were immediately drawn to the soaring views of the Lane Cove River afforded by the 55 metre frontage. The location was everything they wanted; not too far from Sydney’s CBD and a prime position atop Hunters Hill with dramatic waterfront vistas. The house, however, was not to their taste at all.

“The position of the house was stunning but the existing building was quite traditional in its appearance and its layout,” Shelley says of the four-bedroom home originally built in 1904.
“I wanted modern industrial.  Something quite different from the house we bought.”  But this was never going to be a brief for a knockdown project as the Andersons had to consider the council’s historical property guidelines.

For architect Celia Carroll that meant preserving the existing footprint, roof-line and street facing facade and evolving the internal spaces, especially the living areas of the house overlooking the water. Celia started with removing the many separate rooms of the existing downstairs level and envisioned an open-plan kitchen and new rear wing addition with dining and lounge space, leading out onto a deck and pool area.

“We retained the shell of the original house, but dissolved the hall and the dysfunctional interior rooms to engage with the house’s dramatic siting and views to the North,” recalls Celia.

Bringing Shelley’s vision to life, the new additions feature a large section of polished concrete floor, a cathedral ceiling with skylights and new, exposed brick walls.  A ‘must have’ request by Shelley, the off white brick and matching mortar delivers a cool, sophisticated and textural element to the room.

“We used PGH’s linear Blanco Morada brick, a beautifully smooth and thin white clay brick, as the primary material for all new interior and exterior walls,” explains Celia. “It offers a nice contrast to the rendered brickwork of the original house and brings a new textured quality to the additions; a modern interpretation in elegantly proportioned brickwork. 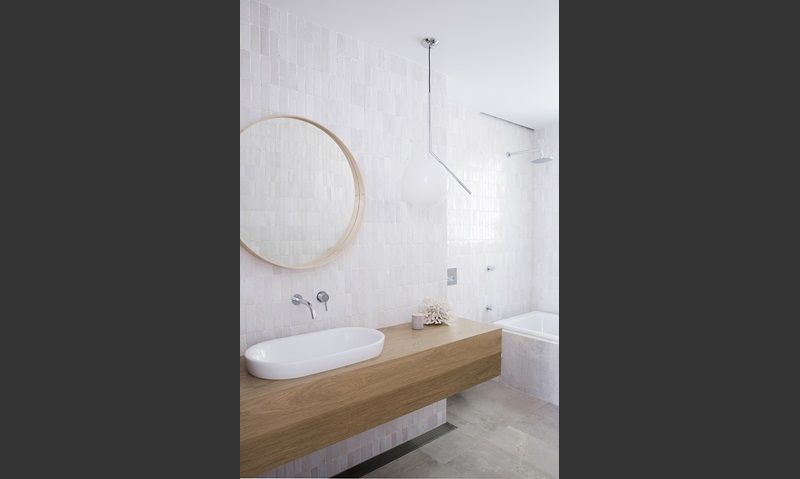 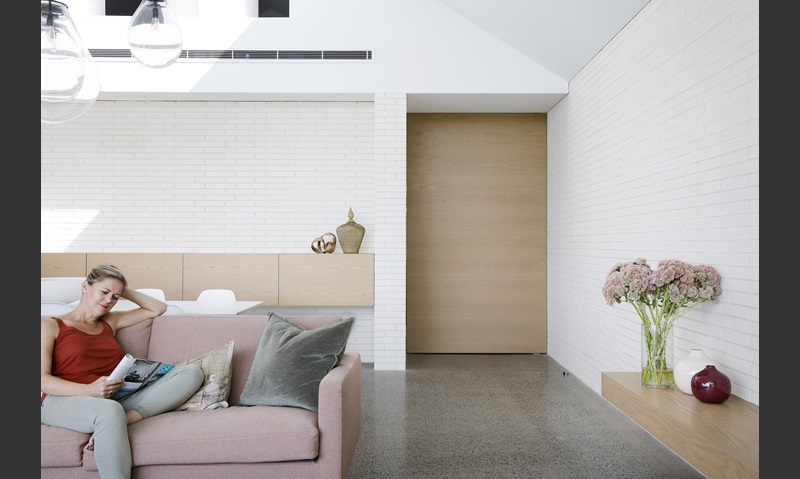 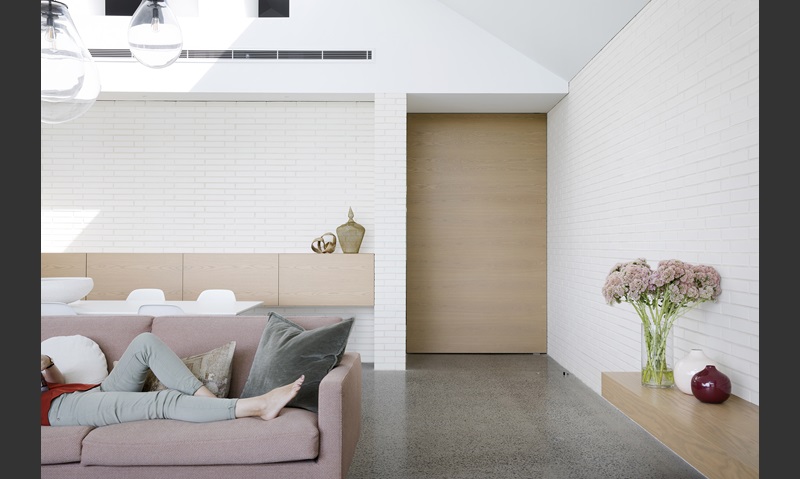 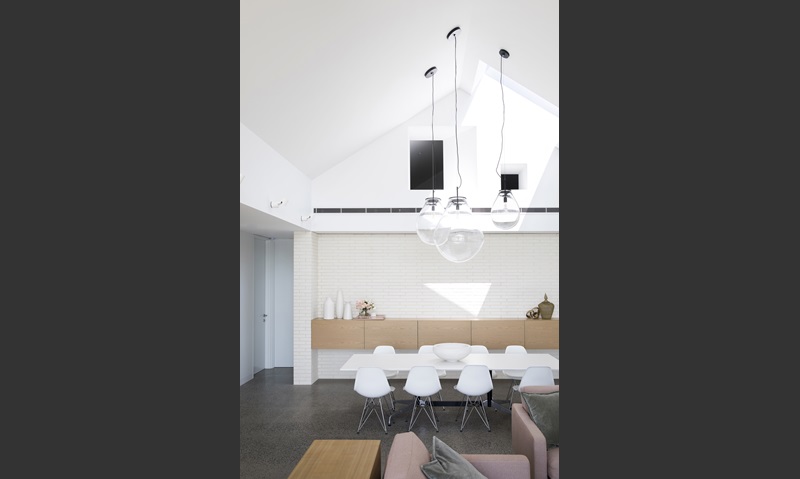 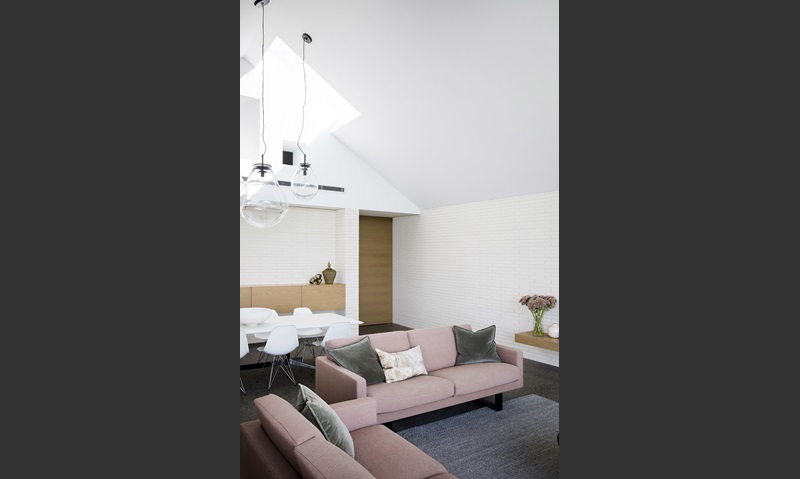 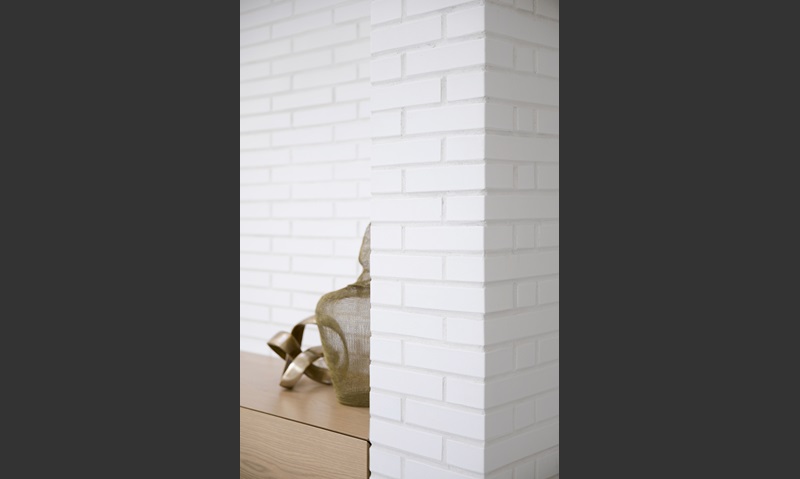 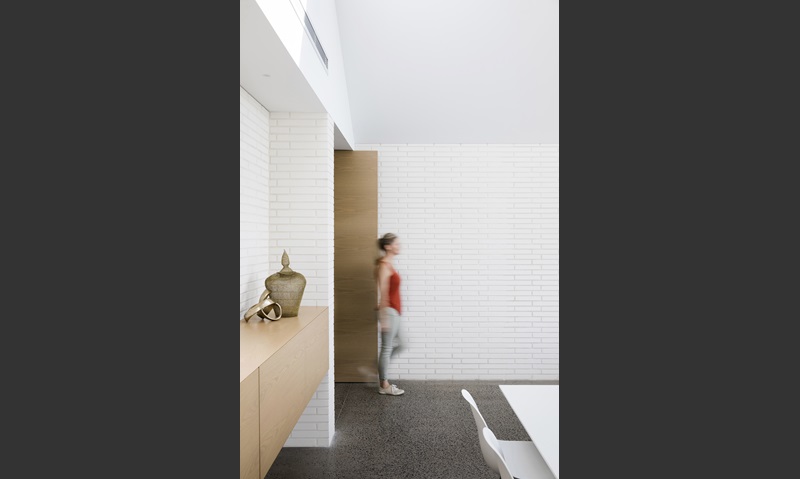 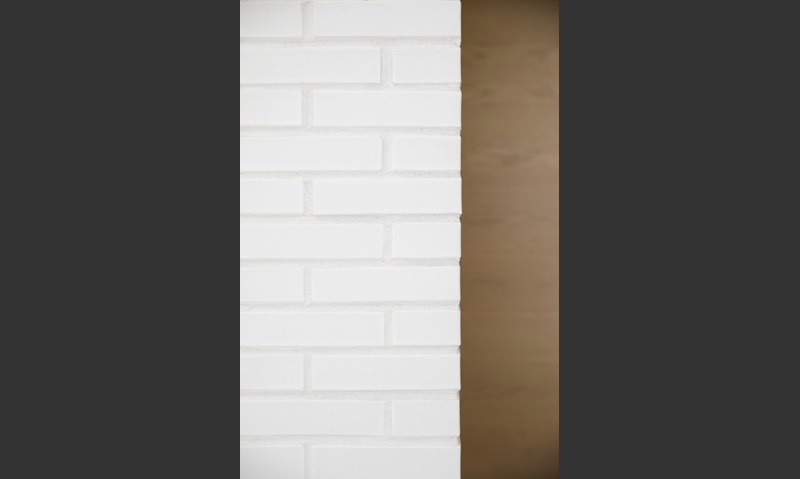 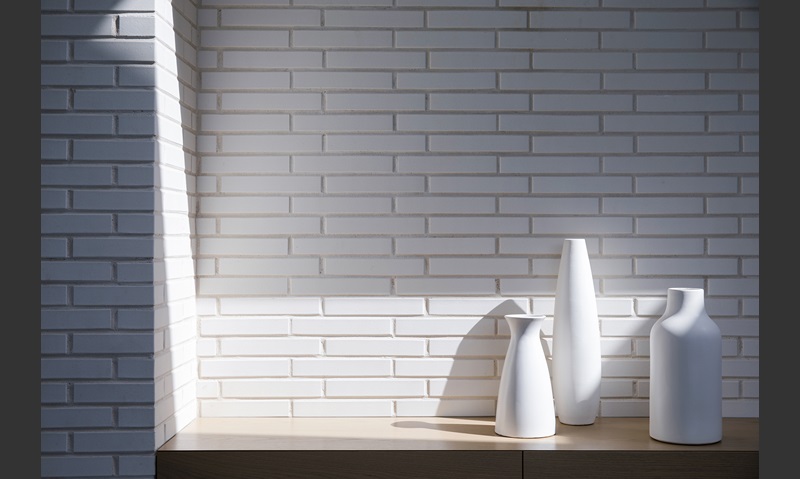 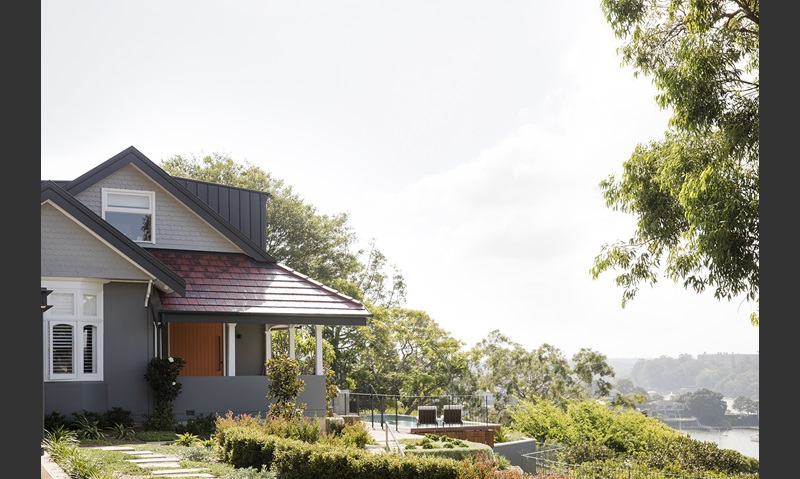 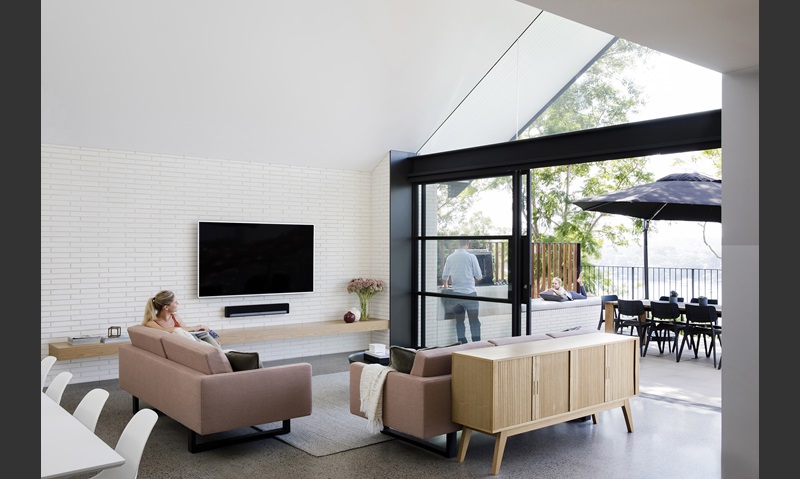 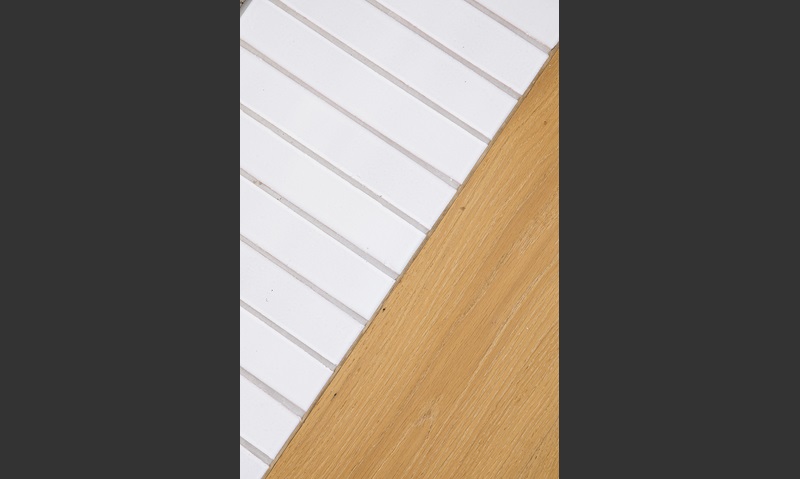 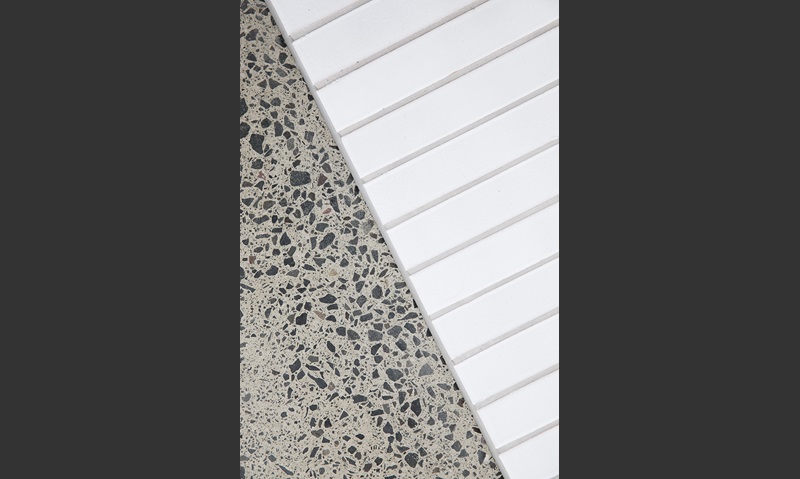 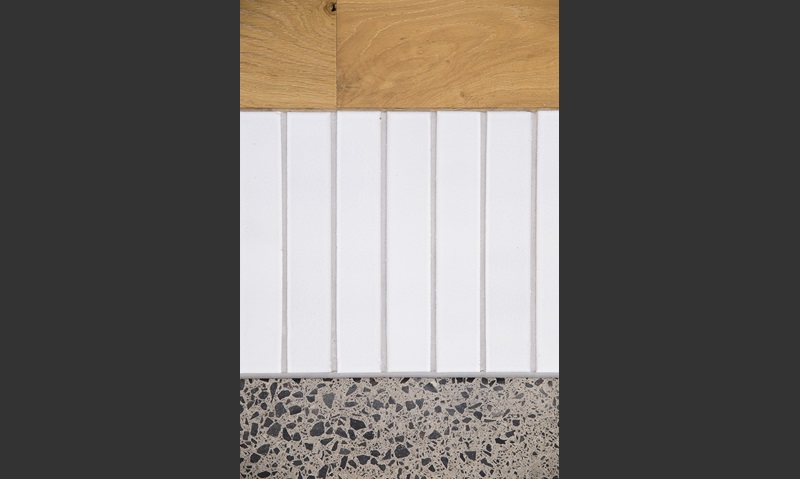 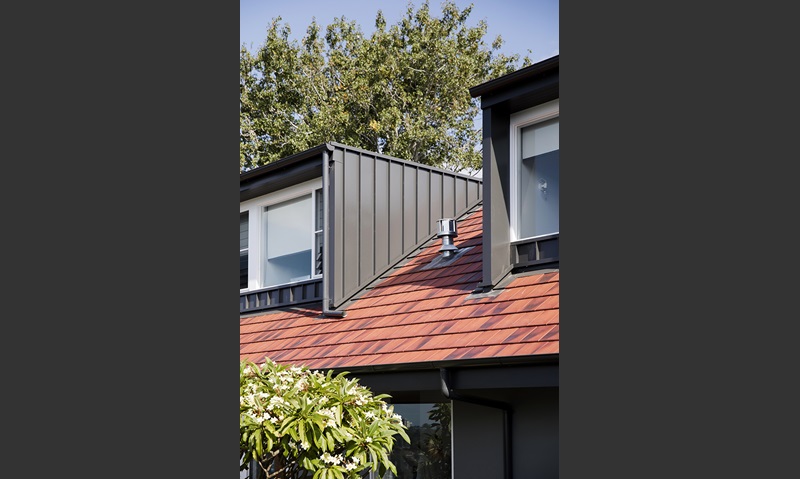 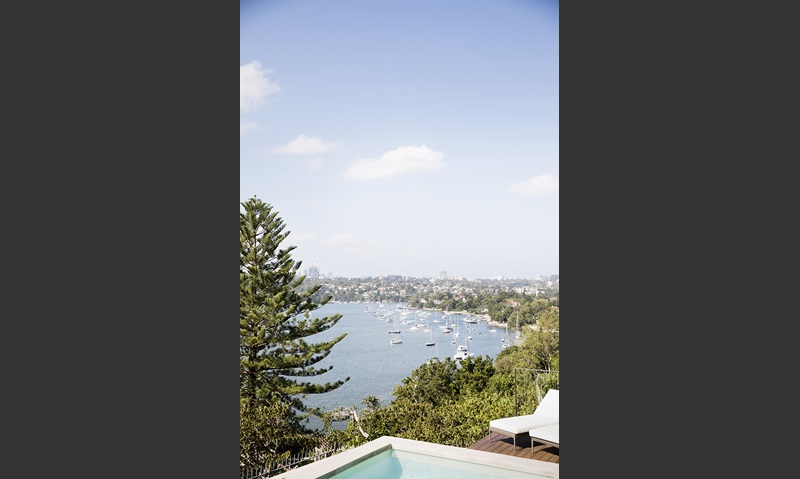 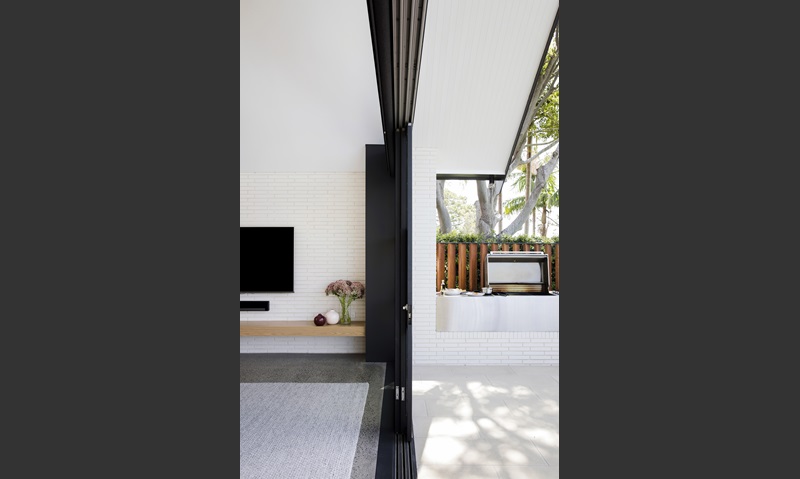 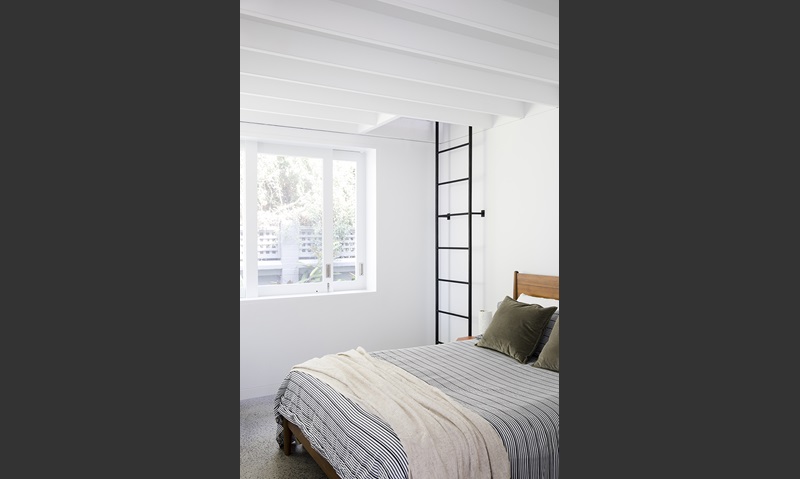 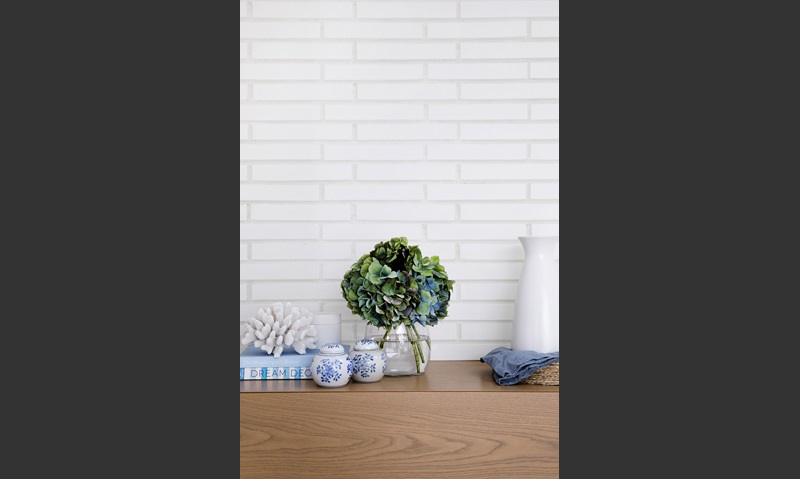 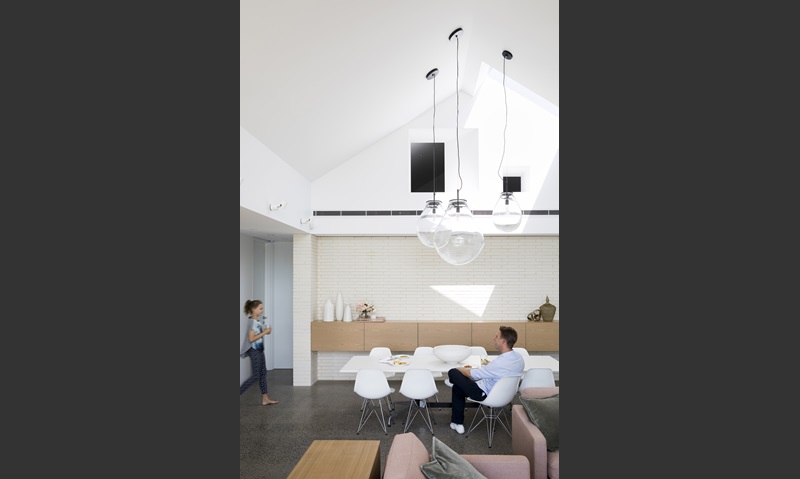 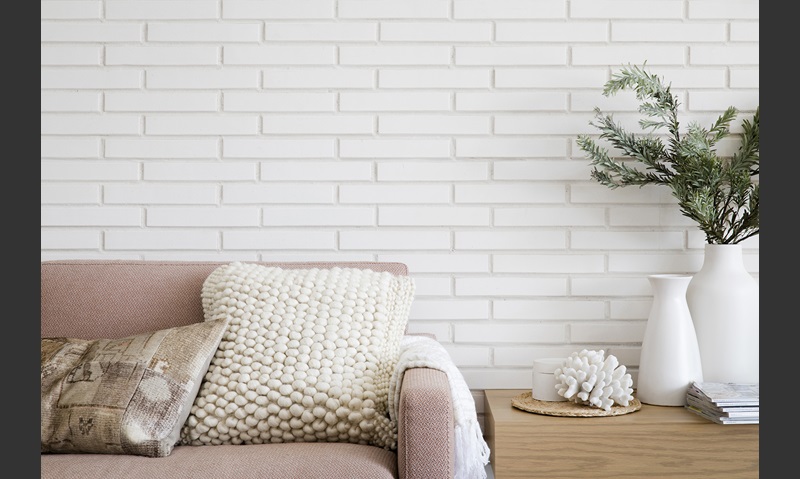 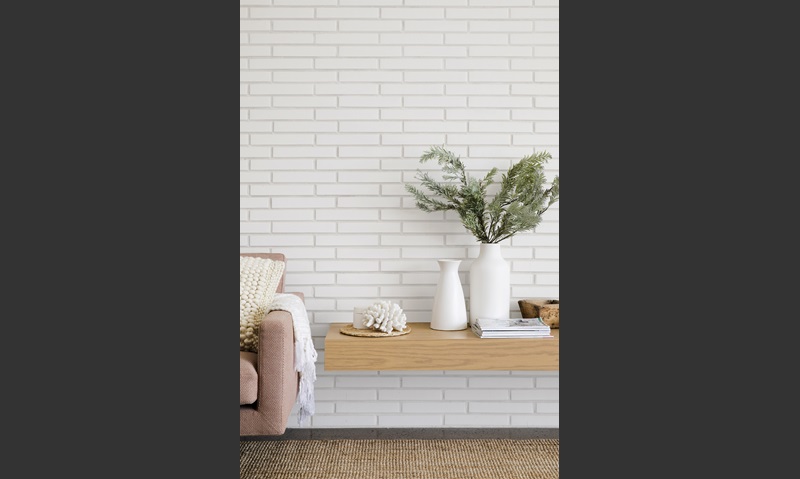 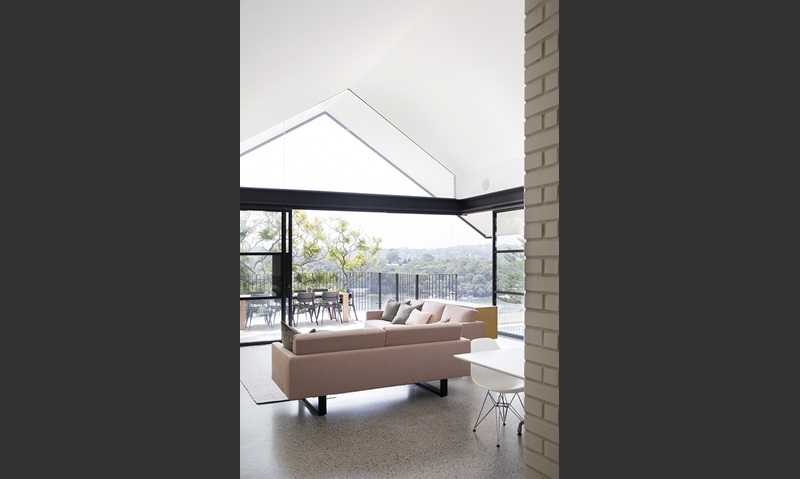 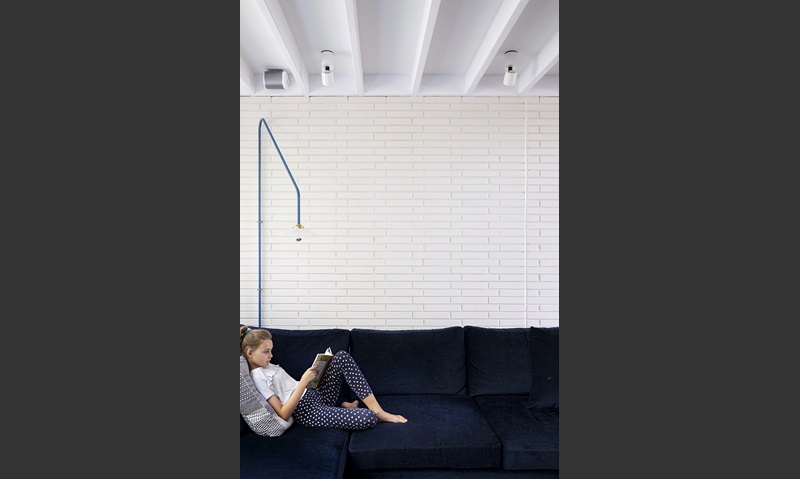 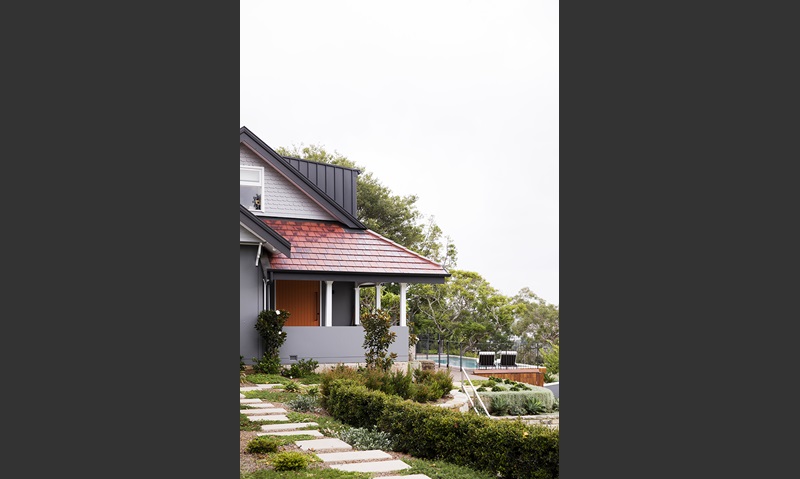 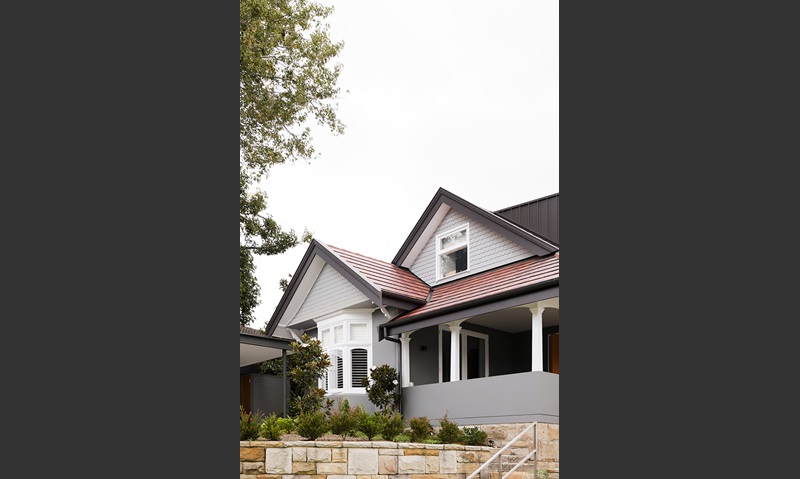 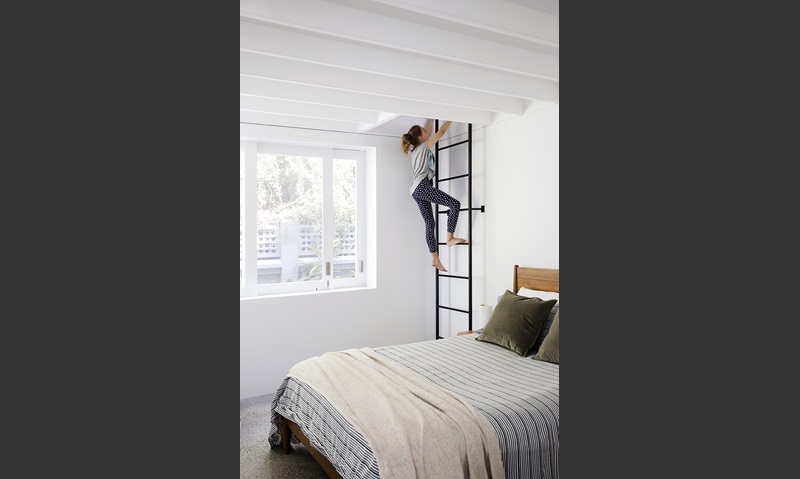 “It came in a glazed version, which allowed us to jump between floor plane and wall, interior and exterior,” she adds. “The Morada brick is also a very robust material, which suited the site with its sandstone outcrops and house positioned on the ridge; it complements the brick house that has been on the site for over 100 years, but in a modern way.”


“A glazed brick threshold set into the floor announces the new rear addition, where bricks then form the walls,” she continues. “This creates alcoves, a bedroom, a wardrobe, a dining room, a seat, barbecue and outdoor room. Spaces feel carved into the brickwork and substantial; the weightiness of the brick is offset by the sculptural roof form, which brings light deep into the plan.”

Project builder Peter Best says the resurgence of designer brickwork, particularly in new internal exposed walls, is exciting and new but recommends finding an experienced team to install them.  “We had a great team and the result is a very high-end finish. These white bricks are hard to beat,” he says.

With the addition of minimalist floating joinery the transition, from what appears as a more traditional style home at the front door to new, contemporary living space at the back of the house was complete.


"We used PGH’s linear Blanco Morada brick, a beautifully smooth and thin white clay brick, as the primary material for all new interior and exterior walls..."

The access to both the pool and the view is now breathtaking.  Custom made sliding glass doors retract to combine the inside and outside and leave the ceiling floating in space.  One of the exposed brick walls runs seamlessly along the interior of the back of the house and out to the barbeque area, creating a feeling of strength and solidity, and blurring the lines between indoors and out.  The design thoroughly exploits the position of the home high on the peninsula and the Andersons are thrilled with the result.

“We love it. The entire house was modernised internally but it’s the details, like the ladder to the loft space above one of the bedrooms, which make the design special to us.”

Not all period homes are destined for historical preservation but, after more than 100 years as a family home, the Anderson’s re-invention of Highcliff will see it preserved well into the future. 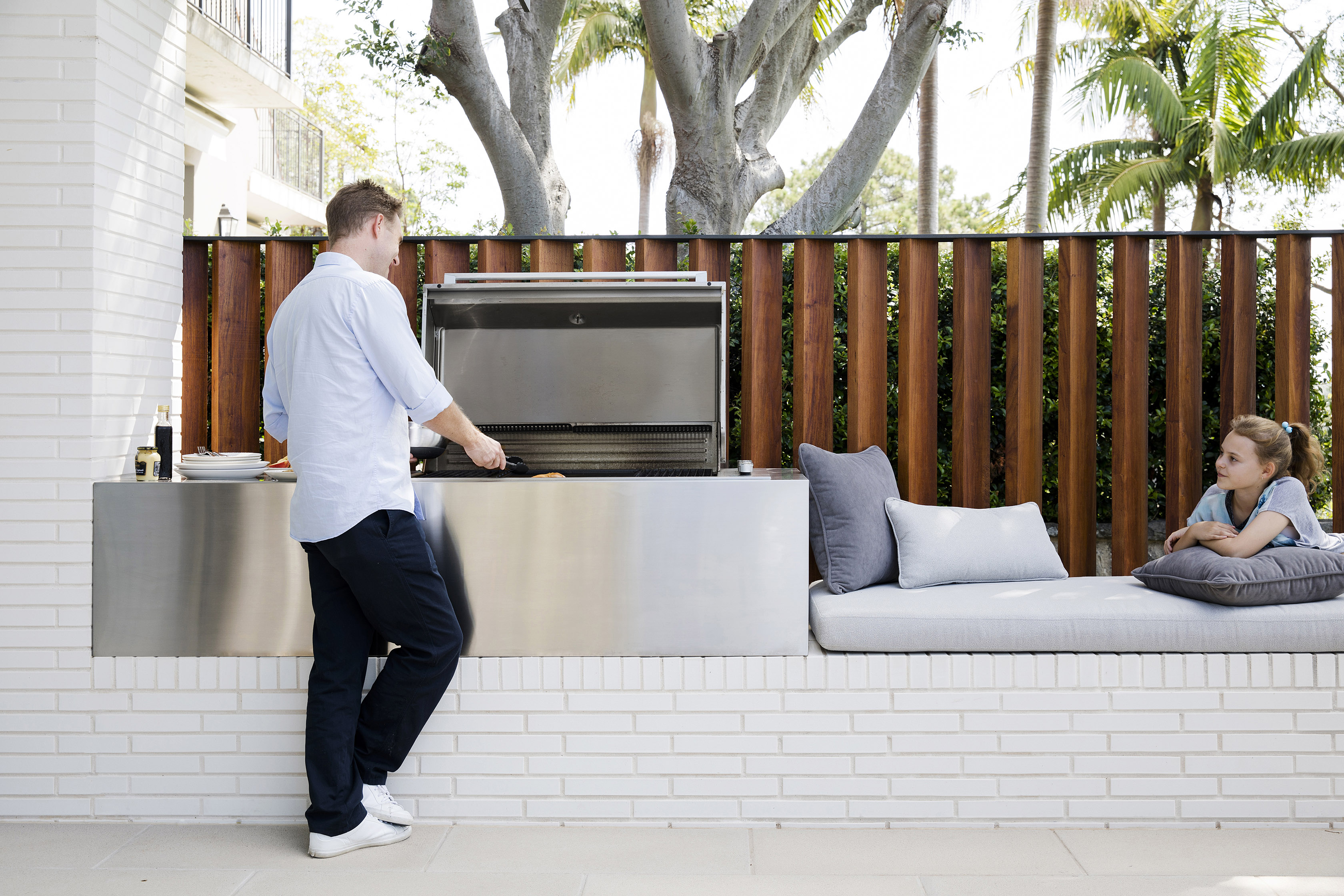 The Morada Collection: the highest end of luxury with the smoothest finishes in solid, colour-through brick products. 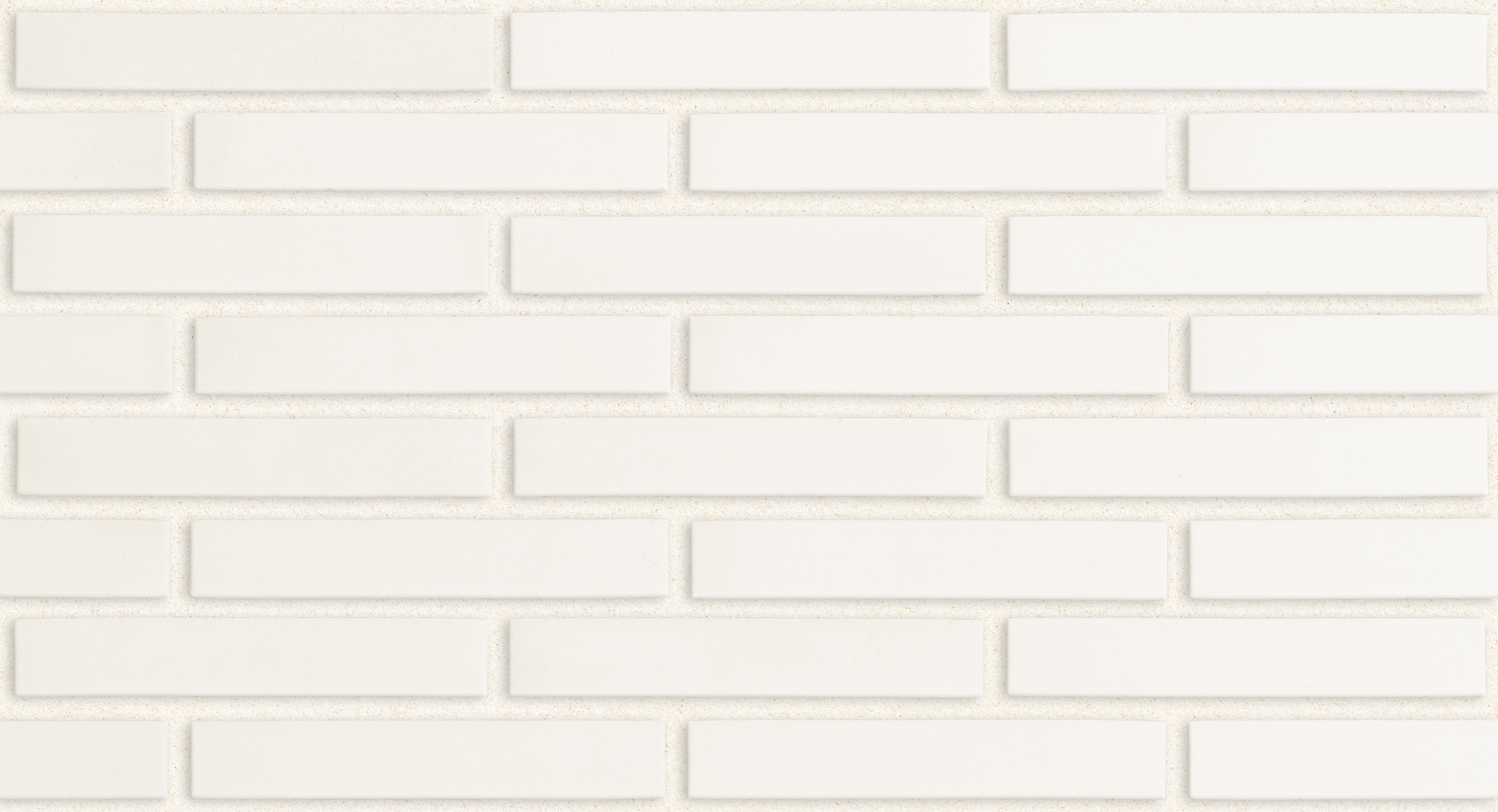