Brickface is a compact building situated at the rear of an existing house in Richmond, Melbourne, reimagined into a home fit for all. It consists of a garage at ground level, a studio/guest bedroom on the first floor, and a roof deck (which doubles as a productive garden space). The main living area in the existing house faces south and opens up onto the new terrace and pool, where the view is to the rising high wall of Brickface.

Brickface is constructed of recycled red brick, interspersed with contrasting Rhapsody and Watermelon glazed bricks from the PGH Vibrant range within the Accents collection to introduce light and shadow, pattern and colour. The magnificent high gloss effect is a well known feature of the PGH Vibrant glazed brick range that has been specifically selected to create the bespoke, stand-out feature of the external rear facade. The building’s round windows and the sculptural form of the parapet combine with the character of the recycled brick to soften the solid block. The structure sits hard up to a laneway on two sides, in a corner position.

The building terminates a row of garage doors and newer outbuildings that appear to tumble down the hill. It is a solid and secure bookend, presenting a character that looks as if it existed well before the other buildings along the lane. 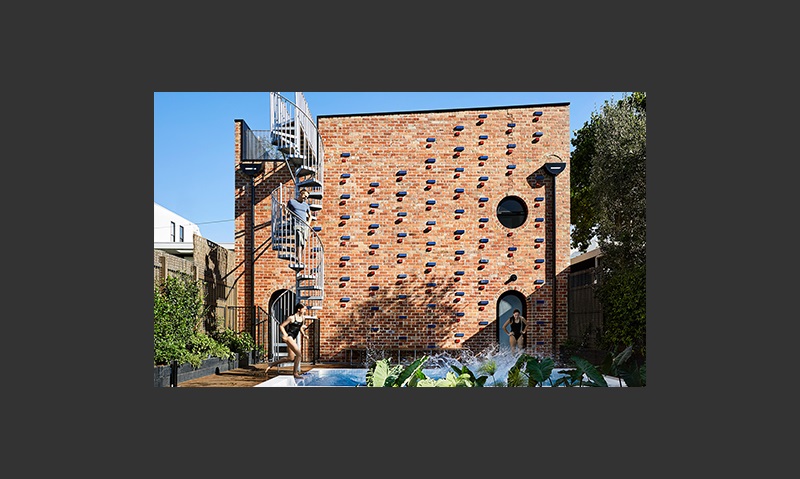 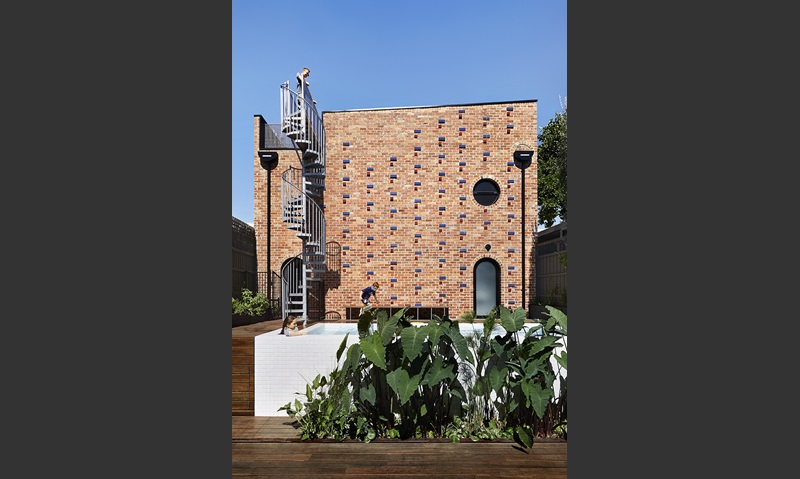 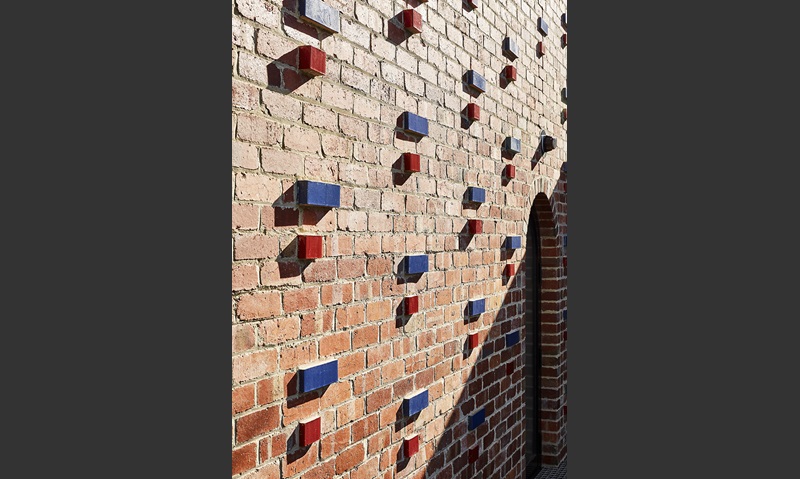 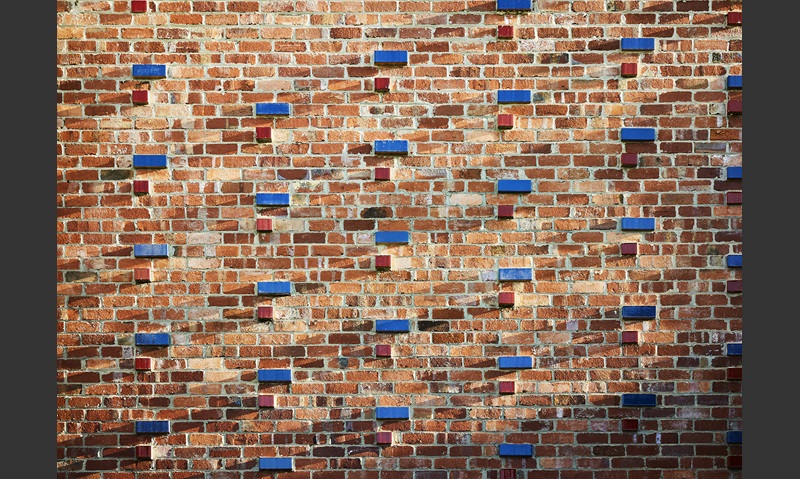 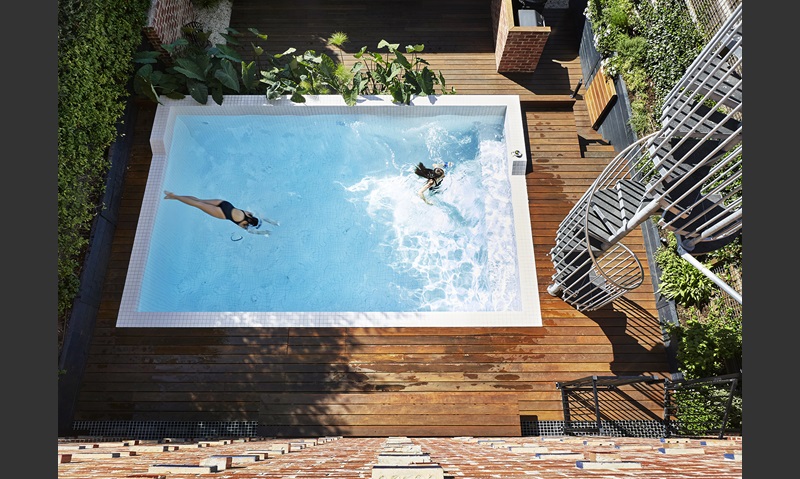